God answered prayer in front of our eyes before we finished praying!

Last night we saw another remarkable PrayerWalk where Marcus Watts, 18, was gunned down on the South Side of Miller Park shortly after 3 a.m. Saturday. Just minutes earlier, Marcus had called his mother's house on his way home from a party. Shanetra Watts told reporters, "He told my brother that he had run out of gas, (and asked) could we come get him. My brother woke me up, and by the time he woke me up, we heard gunshots in the (background)." 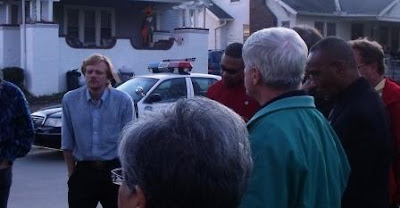 As about 10 First Responders stood near the little memorial where Marcus died, and a number of us felt led that we needed to minister to his family, but we had no information or contacts. So as we prayed to cleanse and claim these streets, we asked God to give us contact with the family. 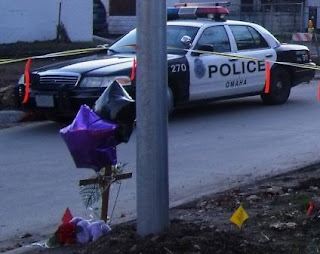 About 15 minutes later two young women, one caring a baby walked up carrying crosses and flowers with tears in their eyes… The one was engaged to marry Marcus… as we ministered to her two of his friends walked up. A few minutes later an elderly man drove slowly past and stopped his car, I started to approach him and saw he was talking on a cell phone, he then got out of the car and Marcus’s grandpa joined the group…A few minutes later his mother showed up. 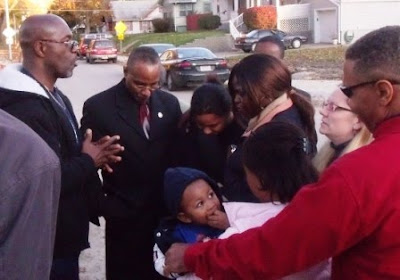 We asked God to help us connect to the family and within 30 minutes they were there…He brought them! As we ministered to Shanetra we inquired as to the funeral plans. She said they had no plans and were open to help. I asked her if they had a church home. She looked at me and said, “We have been visiting Eagles Nest for a few weeks but are not members…” Just so happened that one of our First Responders standing right there attends Eagles Nest and we also called the church. God was meeting their needs before we finished praying! 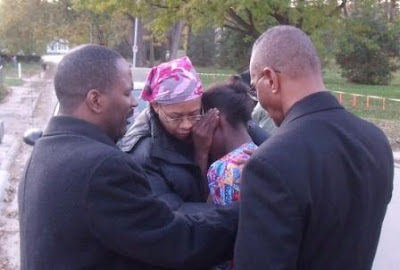 With these amazing responses, I am asking God to give us Wisdom as to how to proceed as winter and shorter daylight hours are upon us. We are truly living in a day when God is moving the altar from the church to the streets. This will also be posted on http://prayerwalkingtheheartland.blogspot.com/

My wife Sheryl and I will be ministering in Tijuana next week, but our growing team of First Responders will have everything well covered here.

If you are interested in our Tijuana trip go to http://gehrlsministry.blogspot.com/

Posted by Dave Gehrls at 5:52 PM No comments:

The Most Amazing Homicide PrayerWalk Ever...

Justin Gaines, 20, was shot as he sat in a car Saturday afternoon September 19 about 1:45 PM just a few houses down from his home. Neighbors heard gunshots as at least eight shots were fired at Gaines in this normally peaceful neighborhood.

We have learned that when we do a First Responder Prayerwalk in a residential neighborhood in good weather people usually come out of their homes to join us. Tuesday evening we were completely amazed at what the Lord did at 4461 Curtis. Within minutes of making a prayer circle, two women came across the street holding babies. As the team started praying with them, more people were coming from all directions… every time we looked up there were more… Among them was Justin’s mother, brother, aunt and grandmother. We normally pray for 15-30 minutes but our team was kept praying for over an hour as over 50 neighbors including about 25 teens and children kept showing up. 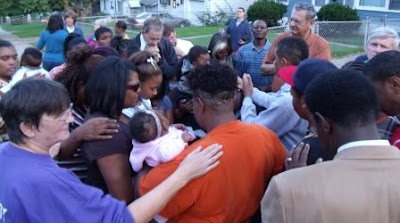 You can feel the blessing and favor of Heaven as our wonderful First Responder team spreads out to connect and minister to people on the streets… This is the Salt getting out of the Saltshaker! This is following Jesus… embracing His heart for our city…into the streets where He is commanding a Blessing in the midst of the battle.

Whenever Douglas County Treasurer John Ewing lays his hands on young people in the inner-city and prays, you can feel the Holy Spirit imparting life-changing destiny into their lives. Pastor Bruce Williams boldly challenges young people to give their lives to Jesus and leads them in prayer to do so… 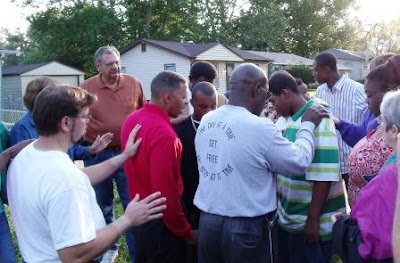 Joanne Norton quickly connected to Justin’s mom, Tanya, and as she was praying for her, Tanya said to Joanne, “It’s ok, three weeks ago Justin gave his life to Jesus.” WOW! A Divine Peace was radiating from her face greater than I have ever seen… Joanne later told me that Tanya's brother was murdered about 6 months ago in Phoenix. He was 31. Consequently, a number of those we met and prayed for have walked through this sadness and grief a short time ago. The good part is that about 30 people came to the Lord at his funeral and she is convinced that the Lord is going to use Justin's death to bring more people to Himself. Justin's funeral is Tuesday September 29 at Word of Life Fellowship, 3000 S. 20th. The viewing is at 10:00 AM and the service is at 12:00 Noon. 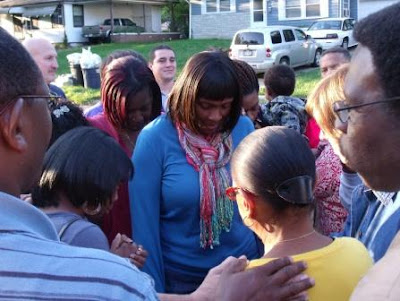